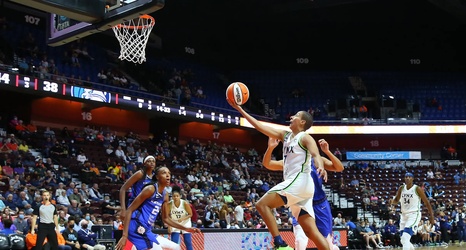 Following one of their worst performances of the season on Tuesday, the Lynx had a chance for redemption with a rematch against the Sun on Thursday at Mohegan Sun Arena. In order to lessen the burden of travel during a worldwide pandemic the WNBA schedule features numerous situations where the same two teams face each other in consecutive games. This offers a chance for a playoff-like “series” scenario where adjustments and counteraction strategy can come into play. So far this year the results in these series have been mixed for the Lynx. They’ve been swept by Seattle, won both against Atlanta and Phoenix, split with Dallas.