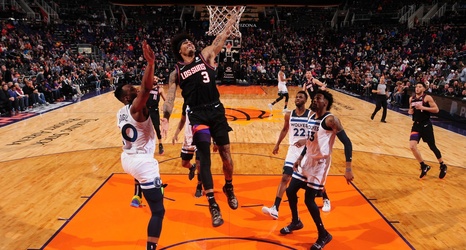 The Phoenix Suns came to Minnesota a couple of weeks ago and escaped with a two-point win, despite not having Ricky Rubio and Aron Baynes.

Both players returned on Monday in Phoenix, and the Suns took advantage of contributions from each of them as they pulled away down the stretch to defeat the Minnesota Timberwolves for the second time this season.

While the Wolves were playing the back-end of a road back-to-back and the third road game in four nights, it was nonetheless a deflating loss. It was close for much of the game but things began to spiral late in the third quarter and entirely got away late in the fourth.