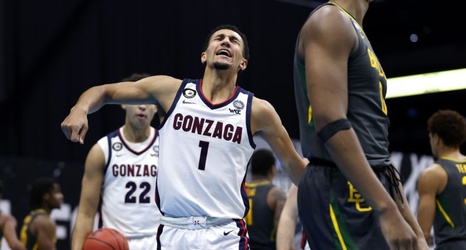 INDIANAPOLIS, INDIANA - APRIL 05: Jalen Suggs #1 of the Gonzaga Bulldogs reacts during the second half in the National Championship game of the 2021 NCAA Men's Basketball Tournament against the Baylor Bears at Lucas Oil Stadium on April 05, 2021 in Indianapolis, Indiana. (Photo by Jamie Squire/Getty Images)

This NBA Mock Draft is the fourth installment this offseason, you can the previous one below. The NBA Draft is just over a month away, and the talent in this year’s pool is uniquely good – particularly at the top of the draft.

HERE is our previous mock draft.