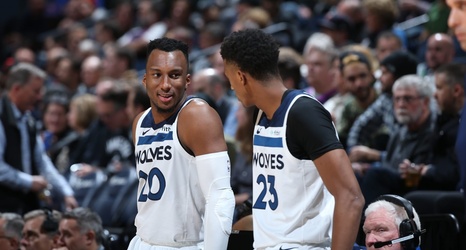 Previously, yours truly noted that the moves the Minnesota Timberwolves prior to the deadline put them into the luxury tax this season.

Had the season went on (or if it still does), it's easy to assume that they'd have found a way to get out of it. However, it may quickly turn into a long-term concern with extensions due for Juan Hernangomez and Malik Beasley, and potentially new deals for the likes of Jordan McLaughlin and Kelan Martin.

From a total cap standpoint, the biggest and most significant change in long-term salary was turning Robert Covington's three-year, $36 million contract into the soon-to-be restricted free agents Beasley and Hernangomez.