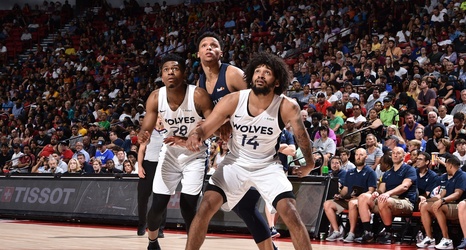 The Minnesota Timberwolves‘ new front office has put in more work around the margins than the previous regime who seemed to only sign players who used to play for Tom Thibodeau in Chicago.

Those deals essentially tagged Murphy and Wigginton as training camp bodies to scrimmage against the rest of Minnesota’s roster during camp.

Gersson Rosas and the rest of the front office have decided to churn the bottom of the roster and bring in two familiar faces to take Murphy and Wigginton’s spots.