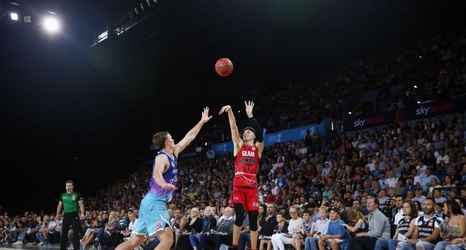 AUCKLAND, NEW ZEALAND - NOVEMBER 30: LaMelo Ball of the Hawks takes a three pointer during the round 9 NBL match between the New Zealand Breakers and the Illawarra Hawks at Spark Arena on November 30, 2019 in Auckland, New Zealand. (Photo by Anthony Au-Yeung/Getty Images)

The Minnesota Timberwolves have lots of options open with the first overall pick in the 2020 NBA Draft.

The Minnesota Timberwolves met with potential first overall pick LaMelo Ball on Tuesday, according to Jonathan Givony of ESPN. Both head coach Ryan Saunders and general manager Gersson Rosas were at the meeting, which did not feature any basketball activity, per Givony.