Minnesota Timberwolves need to make a decision on Evan Turner 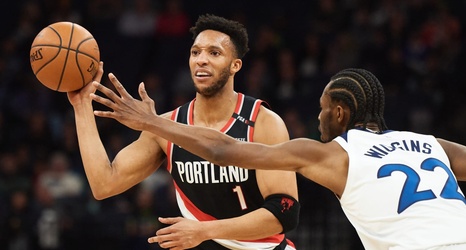 Once the dust had settled, the Minnesota Timberwolves had a full roster and were about $600,000 over the luxury tax line. The easy fix was to get Evan Turner to agree to a buyout that could not only give them an extra roster spot, but allow them enough wiggle room under the tax to sign two-way players Kelan Martin or Jordan McLaughlin to a standard NBA contract for the rest of the season.

The Wolves have taken a relatively unprecedented route of letting Evan Turner work out for other teams while under contract with Minnesota as reported by Chris Hayne of Yahoo Sports.