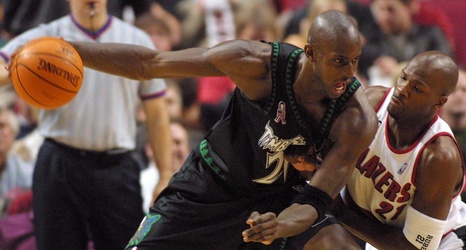 Only one Hall-of-Famer has ever worn a Minnesota Timberwolves jersey. That isn't debatable. But where does said Hall-of-Famer rank on a list of the best players all-time players?

When ESPN began rolling out their list of the top 74 players throughout NBA history, it was obvious that Kevin Garnett would be the only player on the list. (Yes, George Mikan made it, slotting in at No. 34, but despite the statue in the Target Center lobby, he goes down as a member of Lakers lore...)

Kevin Garnett has casually been mentioned as a top-25, or in some cases, a top-20 player in league history.