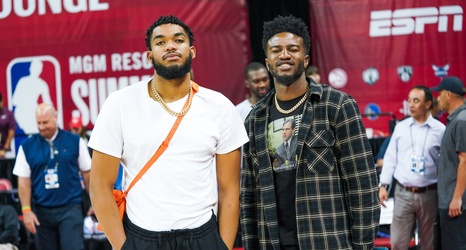 The Minnesota Timberwolves have a ton of rotation spots up in the air as they officially open training camp today.

One of those positions that will become clearer is in the frontcourt where there are multiple players fighting for minutes and potentially even a starting spot in the right matchups.

Jordan Bell and Noah Vonleh are the chief competitors for those minutes as many expect Gorgui Dieng‘s already-limited role to decrease again this season.