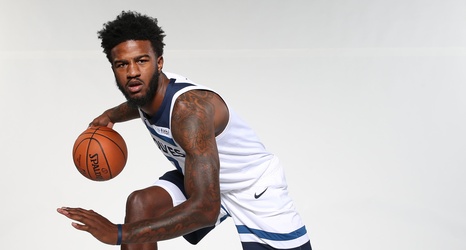 Excitement has been building around the Minnesota Timberwolves‘ new frontcourt addition Jordan Bell this preseason.

Karl-Anthony Towns has been a fan of Bell saying the former Golden State Warriors big man can guard all five positions and he has more in his offensive arsenal than he was able to show with the Warriors.

After signing a one-year, $1.62 million deal with Minnesota this offseason, Bell was expected to crack the rotation and even have a shot at securing a starting job in certain matchups.