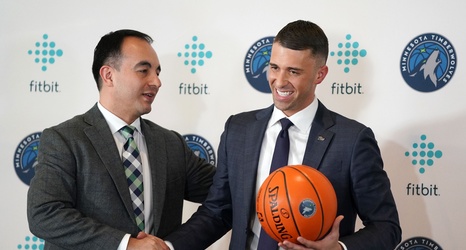 The Minnesota Timberwolves have undergone a major roster makeover this offseason as new president of basketball operations Gersson Rosas tries to build this team into a contender once again.

Only six of the 17 players, including two two-way players, that are on the opening night roster were with the Wolves last October.

With Minnesota’s limited resources this summer, Rosas decided to find bargains in free agency to fill out the roster and most of them made the team coming out of training camp.

Here are the 17 players that constitute the 2019-20 Timberwolves as we begin a new era in Minnesota:

The Wolves’ release of Tyrone Wallace this afternoon was the final necessary move to narrow this roster down to 15 full-time players and two two-ways.