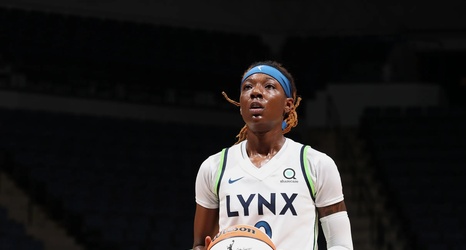 The Minnesota Lynx this afternoon announced the signing of versatile forward Rennia Davis to a hardship contract. Davis will be available for tonight’s road game against the Indiana Fever.

The move comes in response to F/C Natalie Achonwa suffering a right hamstring injury on this play late in the Lynx’s loss to the Washington Mystics on Sunday night.

The team has not announced a timetable for Achonwa’s recovery. However, considering they did not add a player on a hardship contract during Angel McCoughtry’s one-game absence for the season opener on the road against the Seattle Storm, this move may signal that the team expects Achonwa, who made the trip to Indianapolis, to miss multiple games.