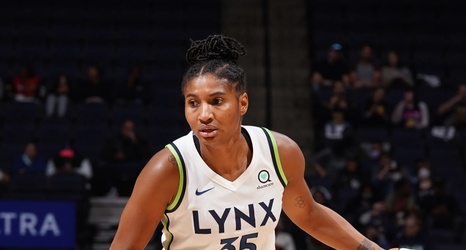 The Minnesota Lynx this afternoon announced that the team has reached a contract buyout with forward Angel McCoughtry.

The WNBA legend released a statement at the time the organization announced the buyout.

The former No. 1 pick missed the first game of the WNBA season due to a PRP injection that addressed soreness in her right knee, the same knee on which she underwent surgery to repair suffered a torn ACL and meniscus in a preseason game in May of 2021. In the subsequent two games, McCoughtry started in both games and played 12:51 and 6:52, respectively; she did not play in the second half of the Lynx loss to the Indiana Fever on Tuesday night.