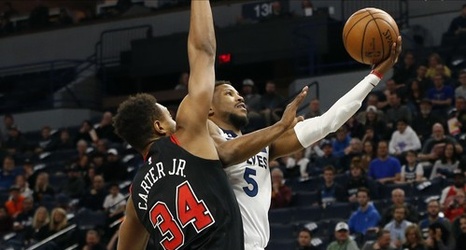 But this fact remains: Exactly two wings have been named to an All-Star game in the franchise’s three decades of existence: Szczerbiak in 2001-02 and Butler in 2017-18.

In a flurry of moves at the trade deadline a month ago, the Wolves took another swing at it.