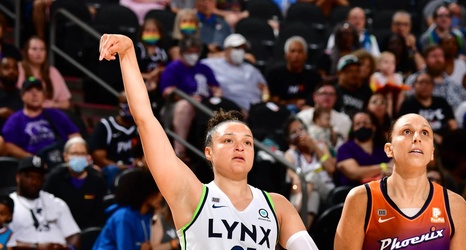 It seemed like just yesterday that the Minnesota Lynx were making headlines as an 0-4 team riddled with serious injuries to key players. “And they’re supposed to be a championship caliber team???” they scoffed. Well, after obliterating the Phoenix Mercury in their own home on Saturday night, the Lynx have now gone 9-3 in their last 12 games.

The Lynx are currently sitting in 4th place in the standings. That’s right.

The main factors contributing to the Lynx 180° turnaround was on full display during the second game of a road-road series against the Mercury.