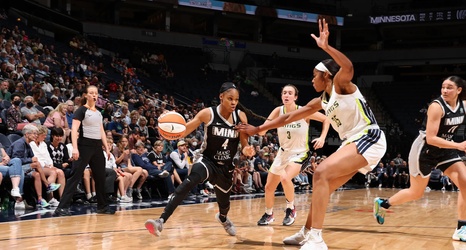 The Minnesota Lynx’s starting point guard became the first player in franchise history — and 10th player in the 26-year history of the WNBA — to record a triple-double.

A huge celebration at mid-court for Moriah Jefferson, who got her 10th rebound with 5.8 seconds left to give Mo her first career triple-double:

Think about that for a second.