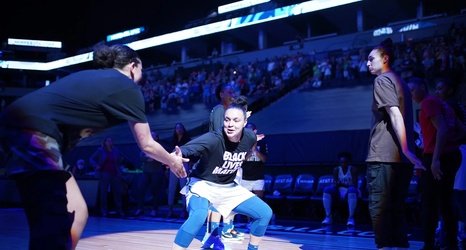 After getting throttled by the Chicago Sky just 48 hours earlier, the Minnesota Lynx embarked on a 3-game road trip. Their first stop: Dallas for a 2-game series. Much like their NBA counterpart, the Dallas Wings have been in the headlines this week for less than stellar news.

I spoke w/ Vickie Johnson about what went into that decision. Here’s what she had to say. @Winsidr | @DallasWings | #WNBA pic.