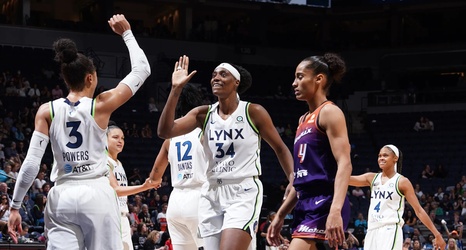 Less than 24 hours after being named to her eighth All-Star game, it was announced that Minnesota Lynx captain Sylvia Fowles would be making her return after a five-game absence with a right knee cartilage injury. It was extraordinary news for the Lynx, as they’ve struggled to find their rhythm all season, mostly due to the revolving door of personnel. With both Damiris Dantas and Natalie Achonwa, who just had her best game as a Lynx, back from injury, suddenly Minnesota’s frontcourt looked unexpectedly deep.

It was evident right from the tip that the return of Fowles helped steady the ship on both ends of the court.