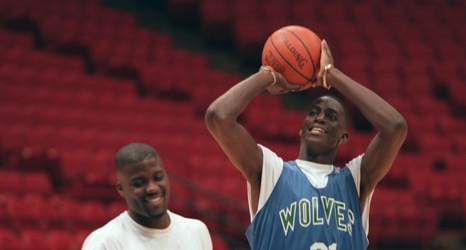 In 1995 there were all kinds of signs coming out of Target Center that the Timberwolves were interested in drafting Kevin Garnett, the top prep basketball player in the nation.

Then-head of scouting Jerry Sichting had been following Garnett around and watching tons of his games, and Flip Saunders, then working as general manager, had been giving hints that Garnett was a special player.

At the time Michigan was the top basketball program in the nation. The Wolverines were a few years removed from the Fab Five, and coach Steve Fisher was bringing in top players every year.