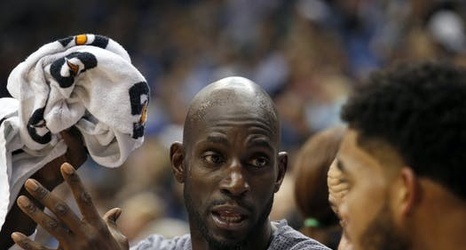 His visit to the neighborhood within the Phillips community marked the first time Garnett has been to Minneapolis since George Floyd died on May 25, and the city had a different feel for Garnett.

“A bit eerie, if I’m being honest. Different,” Garnett said. “When I landed I met with a bunch of my friends just to get a download of the city. Obviously, I’ve been following from afar, but I’m as invested in this community as anybody else and I care about it.