Keita Bates-Diop Is Taking His Chance 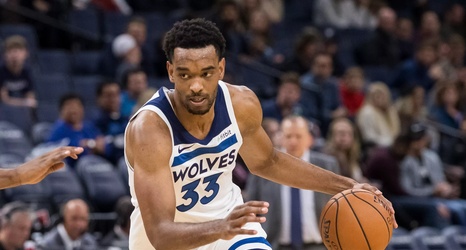 There are plenty of things players, coaches and front office personnel can control during an NBA season. Tactics and schemes are super important. Tweaks in a rotation can make or break a team. And it’s no secret how a player’s form can affect whether a team wins or loses.

However, injuries are different. Nobody can determine when or how they’re going to happen. They have derailed many a season before and they will do so again. Through the first 18 games of the Minnesota Timberwolves season, they have already been hit by the injury bug.

Shabazz Napier, Treveon Graham, Josh Okogie, Jeff Teague and Jake Layman have all missed games through injury or illness and that has opened the door for lesser-known prospects to take the step up.