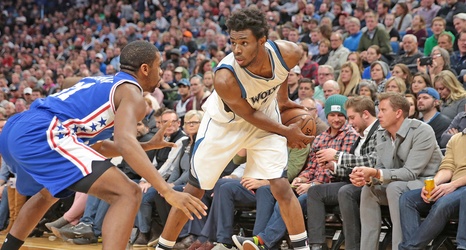 The Wolves took down the Pacers in Indiana 119-111 on Tuesday night.

It was the Wolves’ second-to-last preseason game, and you could tell coach Ryan Saunders treated it a bit more like a regular-season game than some of the others. All five starters played 24 or more minutes. But with that, Saunders didn’t play any starter more than 28 minutes. Thus, still a preseason game.

Instead of a normal recap, I’m just going to unload a bunch of notes on all y’all because preseason is weird and it’s hard to tell what really matters.

Here are a handful of observations from the game: