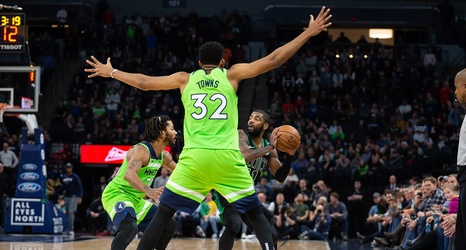 For a 23-year-old man-child who already holds Rookie of the Year, All-Star and All-NBA honors, Karl-Anthony Towns has been forced to scale a mountain of criticism throughout his young career.

Wielding an arsenal that encompasses potent post scoring, a deadly mid-range game and an effortless 3-point shot that most 7-footers would kill for, it’s not easy to besmirch Towns’ offensive game. However, it’s been a different story on the defensive side of the hardwood.

Despite making those All-Star and All-NBA squads, and appearing in his debut playoff series last season, Towns was consistently inferior when tasked with protecting the paint and making life hard on opposing bigs.