Jayson Tatum goes off, Timberwolves go cold and lose 145-136 in overtime at Boston 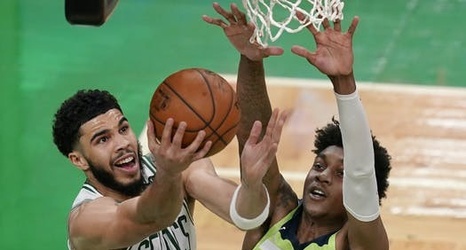 The Timberwolves have been playing catch-up so much in the last few weeks that it was easy to forget this team once had a problem hanging on to leads when they did manage to build them.

In that time, did this problem go away for the Wolves, or was it always there, like a latent allergy waiting to attack.

The Wolves gave up a 17-point lead they had built early in the second half of Friday's game against the Celtics and forced overtime after falling behind in the fourth before ultimately losing in overtime 145-136.

The Wolves lost control of the game late in the third quarter and early in the fourth, when they started 1 of 10 in the final 12 minutes.