It's tanking time in the NBA, and the Wolves are refusing to play along 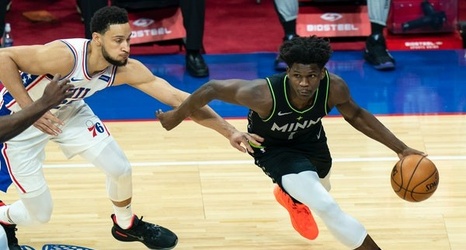 The Timberwolves, on Sunday in Orlando, won a game in which they led by as many as 43 points, which was the equivalent of spotting a circus bear cruising down I-94 on a Harley.

For once, the Wolves swung the Whac-A-Mole mallet instead of being bopped on the head.

To which some fans stuck out their tongue and said, "Bah humbug!"

'Tis tanking season in the NBA, and the Wolves are refusing to play along.

Well, good. Forget that nonsense. Try to win games and run a professional operation. What a novel concept, eh?

The Wolves can further hurt their odds of securing a top-three draft pick by winning at Detroit on Tuesday.