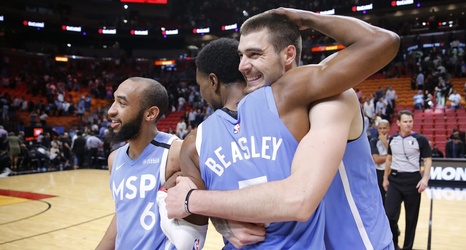 However, president of basketball operations Gersson Rosas and the Timberwolves made a flurry of moves at the trade deadline that have completely changed that outlook.

While the win-loss record since the moves isn't exactly stellar, it's worth noting that Towns and D'Angelo Russell have only shared the court for one game. It sure looks as though they've added a their own version of Golden State's Splash Brothers in Russell and Malik Beasley, who are each shooting the ball lights out since their acquisition.