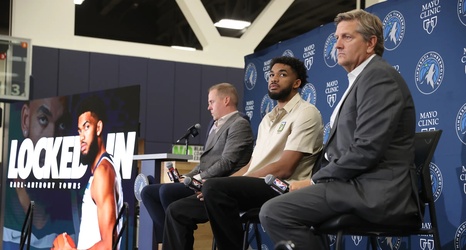 With his four-year supermax extension inked and Rudy Gobert in the fold, Towns is ready to lead the Wolves into a new era.

Newly extended Karl-Anthony Towns didn’t hold back in laying out his expectations for the Minnesota Timberwolves next season during a press conference on Friday afternoon, the official announcement of his four-year supermax extension that will keep him in Minnesota through at least the 2026-27 season.