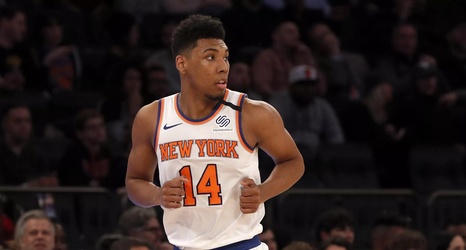 The 2020-21 NBA G League Draft was officially held yesterday, with 17 teams having the ability to draft a deep list of familiar players during the three-round event, which was conducted (like everything else in life) via Zoom.

With the Iowa Wolves slotted to pick fourth overall, the top three picks of the G League Draft went like this:

When it was time to finally make their decision, the Wolves selected 24-year old Allonzo Trier, a five-star high school recruit out of Seattle, Washington who ended up playing three seasons at the University of Arizona:

Trier went undrafted back in 2018, and eventually signed a two-way contract with the New York Knicks.