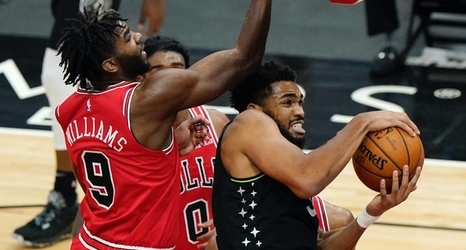 PHOENIX — For about three quarters the Timberwolves had been the Karl-Anthony Towns and Anthony Edwards show in their 123-119 victory over the Suns.

It was quite an entertaining show, considering Towns went for 41 points and Edwards went for 42. But it was still incomplete as the Wolves were down 15 in the third quarter.

Then help finally came to the rescue. First, it came in the form of Juancho Hernangomez, who scored 12 of his 15 points in the second half while Naz Reid added 10. That helped the Wolves chip away at the large deficit toward the end of the third and only down 91-83 instead of double digits.