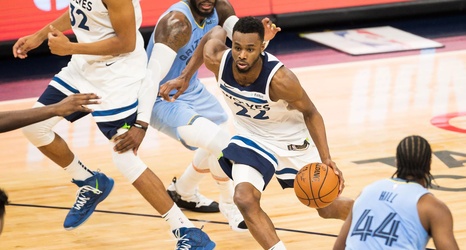 Wolves fandom welcomed Tyus Jones back to the Target Center for the first time since he signed with the Memphis Grizzlies last summer, and it was an ugly affair to put it lightly.

Shooting struggles plagued both teams early on in this one, resulting in a low-scoring game that left a lot to be desired on the offensive end. Karl-Anthony Towns got off to a very slow start in terms of shooting (he finished with 21/12/5 on 7-20 shooting and 1-10 from three), which is why this one was a one-possession game for most of the first three quarters.