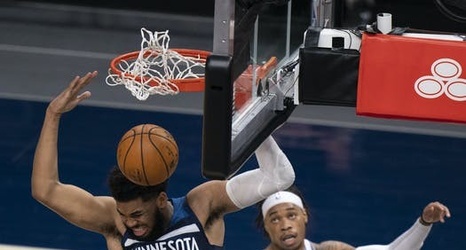 With Monday's game against Sacramento on the line, Timberwolves coach Chris Finch played a lineup that included big men Karl Anthony-Towns and Naz Reid together in the frontcourt and point guards Ricky Rubio and D'Angelo Russell together in the backcourt during the final seven minutes.

The result was a deciding 34-24 fourth quarter in which Russell scored 12 consecutive points for his team while he and Towns combined for the Wolves' final 17 points in a 116-106 victory.

Afterward, Finch called the Towns-Reid pairing "really good" because it strengthened his team's play and rebounding in the paint and changed the floor's spacing.