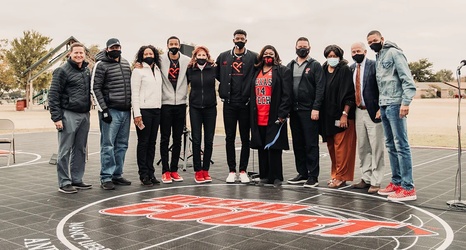 While preparing for his second season in the NBA, Timberwolves guard Jarrett Culver launched a new initiative to give back in his hometown of Lubbock, Tex. on Friday.

Alongside his family, the Lubbock native created the Culver Foundation to help those in need living within the community he was raised in. Speaking to Everything Lubbock, Culver says the Foundation's mission is to "give back to help others in need, and just make an impact in the world."

The Culver Foundation's first event included a court dedicated in honor of former Texas Tech player Andre Emmett, who was murdered at the age of 37 last year.