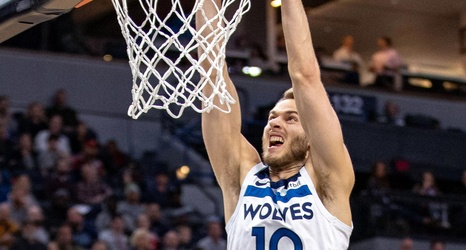 The 2020 season was a tough one for player evaluation, especially for the Timberwolves. Aside from a pandemic-shortened schedule cutting their season short, both injuries and roster turnover added further difficulty. Among those players was forward Jake Layman.

Layman joined the Wolves last offseason on a three-year and $11.28 million deal. Despite being a four-year player in college, he is an intriguing young combo forward. At 6’10’’, Layman appeared to fit Gersson Rosas’ vision of a versatile roster teeming with potential. I’m sure his familiarity with David Vanterpool on the coaching staff also worked in his favor.