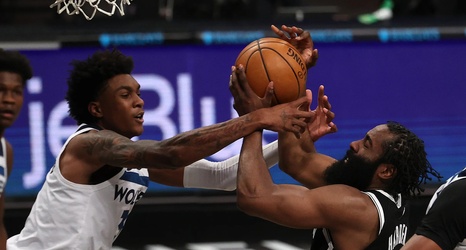 After losing by 22 points at home Saturday night against what many would say is the worst roster in the NBA right now, the “momentum” surrounding the Minnesota Timberwolves was at an all-time low as they traveled east to take on the new-look and suddenly title contending Brooklyn Nets. Less than 48 hours removed from the official and undeniably worst loss of the season, it could be argued that morale among the players (and the fans!) had never been lower.

Enter the Weirdest Team Ever™

Despite their “performance” at home this past weekend, the Timberwolves looked like a completely different franchise Monday night in Brooklyn, as they went toe-to-toe with the James Harden-led Nets.