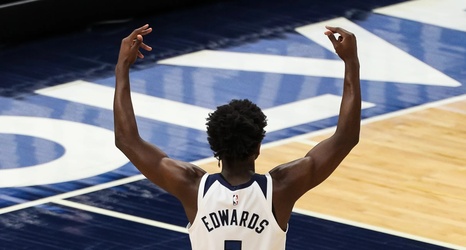 More than two full months after the NBA officially concluded their 2020-21 regular season, the league finally announced some significant rookie awards this week, including the Rookie of the Year award this past Wednesday and now (finally) the All-Rookie teams yesterday afternoon:

Both LaMelo Ball (who finished first in the Rookie of the Year voting) and Anthony Edwards took home unanimous honors for First Team, with fellow rookie Tyrese Haliburton finishing one vote shy of unanimous honors himself.