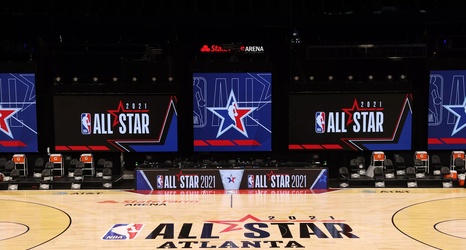 Despite the ongoing concerns related to the COVID-19 pandemic, the 2021 NBA All-Star weekend is well underway down in Atlanta, Georgia. Due to health and safety concerns related to the pandemic, Adam Silver and the NBA have attempted to modify things by combining all of the weekend’s usual events into one night, while simultaneously trying to curtail the usual chaos that comes with hosting a large-scale event like this in a major city:

The NBA has sent out roughly 200 letters with cease-and-desist orders to various party promoters in the Atlanta area that have used the league’s All-Star logo and event name in connection with unaffiliated events scheduled this weekend, league spokesman tells @NYTSports

While speaking to the media earlier this weekend, Silver stressed that he believed it was too early to discuss whether or not it was a good decision to move forward with All-Star weekend, despite the vocal concerns of some of the league’s most high-profile players.