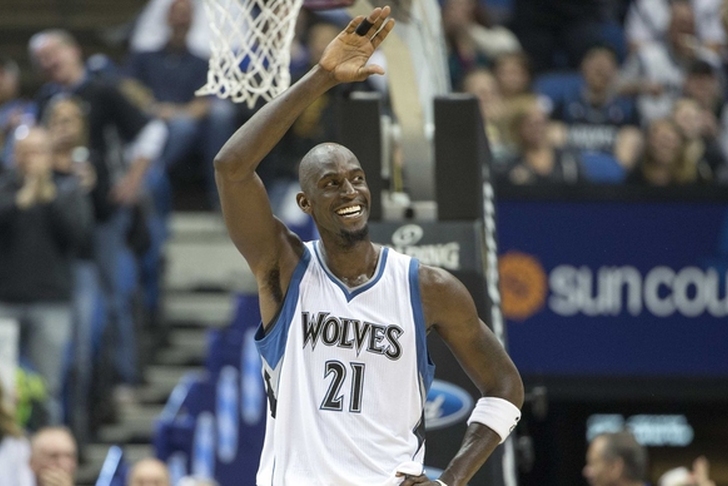 Kevin Garnett and the Minnesota Timberwolves reached a buyout agreement on the final year of KG's contract, and he is expected to announce his retirement, according to Kent Youngblood of the Minneapolis Star-Tribune:

Garnett, the best player in franchise history, the player who led the team to eight straight playoff appearances starting in the spring of 1997, the leader of the 2003-04 team that reached the NBA's Western Conference finals, will not play for the Wolves this season. Garnett and the Timberwolves came to an agreement Friday and a retirement announcement from Garnett is expected shortly, according to league source.

The news comes with the Timberwolves first training camp under Tom Thibodeau set to begin Tuesday.

Garnett, who waived his no-trade clause in order to reunite with the Timberwolves in February of 2015 in a move orchestrated by the late president of basketball operations and coach Flip Saunders, will not play out the second year of his two-year, $16.5 million contract.

Garnett played for the Timberwolves, Boston Celtics and Brooklyn Nets during his 21-year career, winning his only NBA championship with the Celtics in 2008. The 2004 league MVP was a 15-time All-Star and a 12-time All-NBA Defensive team selection. Garnett ranks 17th on the NBA's all-time scoring list (26,071) and 9th on the all-time rebounding list (14,662).

If Garnett had played this year, he would have been the first player in NBA history to play 22 seasons in the league. He averaged 3.2 points and 3.5 rebounds in 38 games last season.