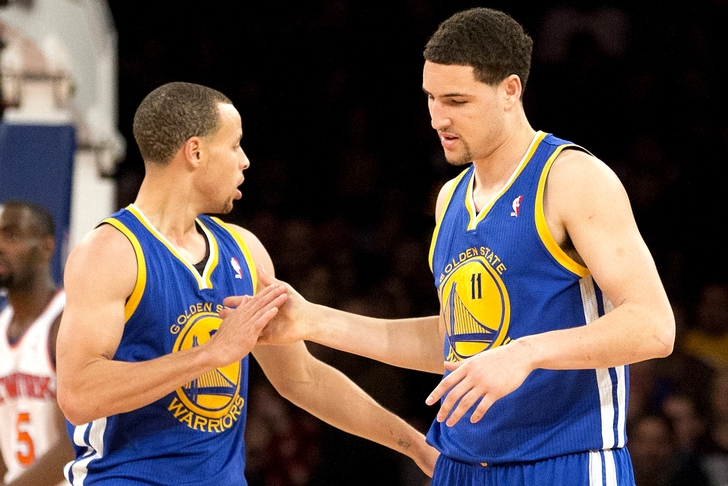 The Minnesota Timberwolves, currently mired in a five-game losing streak, have an extremely tall task on Monday with the high-powered Golden State Warriors in town.

The Warriors have won a franchise-record 12 straight games, and currently hold a game-and-a-half lead over three Western Conference clubs for the NBA's best record.

The Minnesota Timberwolves rookie is still transitioning to the professional level, but LaVine will be privy to two of the best young guards (and arguably the best guard duo) in all of the game on Monday. Stephen Curry and Klay Thompson are the only pair of guards in the league averaging 20 points or more for the same team. LaVine hasn't morphed into an offensive threat like that as of yet, but playing against high-caliber athletes like Curry and Thompson will only help his maturation process.

Taking out a couple hiccup games where the Warriors had to climb back in a steal wins late, the Warriors have been absolutely dominant during their 12-game run, averaging 108.7 points per contest while giving up a stingy 95.5 points per game. With the depleted Timberwolves struggling to find some roster continuity and consistency performance-wise, the Warriors are heavy favorites to notch lucky win #13 in a row.

Golden State is too deep right now to stumble against a Minnesota Timberwolves team missing three starters (Ricky Rubio, Kevin Martin, Nikola Pekovic) and veteran backup guard Mo Williams. Minnesota will likely put up a valiant effort on their home court, but the Golden State Warriors should win this one going away.