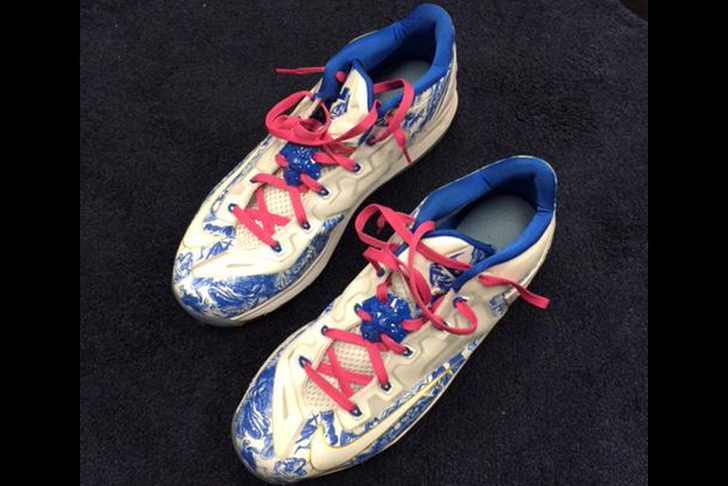 The Minnesota Timberwolves received special permission from the NBA to wear pink shoelaces for Wednesday's game against the Milwaukee Bucks.

The Wolves wore the shoelace in tribute to the life of Lula Hall, mother of forward Thaddeus Young, who passed away on November 13th after an 18-month battle with breast cancer.

Wolves GM Milt Newton, who attended Hall's funeral in Memphis on Friday, called the league's offices in order to find a way to honor Young's mother. The league came up with the shoelaces idea, per Andy Greder of the Pioneer Press.

"I thank the league for approving it," Young said while sporting the shoelaces at Wednesday's shootaround.

Young issued a statement through the team on Tuesday, highlighting the importance of regular breast exams.

"I just think that it's something that needs to be done," Young said Wednesday. "A lot of people, they go throughout their lives without going to the doctor."