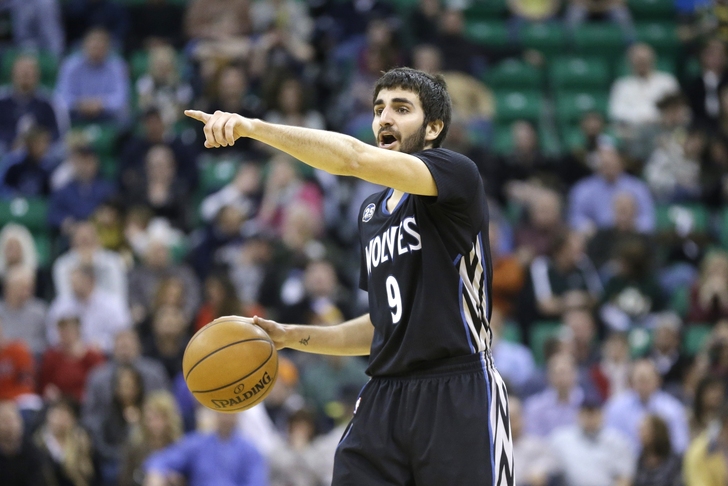 Can't get enough Timberwolves news and rumors? Be sure to download our 5-star iPhone app today!

The Minnesota Timberwolves and guard Ricky Rubio met in the middle on Friday, splitting the difference of reported figures desired by both sides to agree on a four-year, $55 million contract extension.

According to Andy Greder of the St. Paul Pioneer Press, with the deal done before Friday's midnight deadline for extensions, Rubio was a visibly happy presence in the Timberwolves locker room:

#Twolves' Thaddeus Young said Ricky Ricky Rubio, who got a new deal Friday, "came in very happy (Saturday) with a weight off his shoulders."

Rubio made it clear in a Saturday morning press conference that his goal was always to stay in Minnesota and lead the team to the playoffs. He also credited owner Glen Taylor as helping him to get a deal done before Friday's cutoff:

Per Jerry Zgoda of the Star Tribune, Rubio's deal comes with $1 million in incentives based on on-court performance metrics such as shooting percentage:

The $1 million in incentives in Ricky's contract are reachable and for things like shooting 40 percent from the field: — Jerry Zgoda (@JerryZgoda) November 1, 2014

Also, Rubio's status with the Spanish national team will not be affected by the terms of his new contract:

All in all, the future is looking mighty bright for Rubio as he embarks on a long career in the Twin Cities.