Timberwolves Fans Are Not Excited About Their Home Opener 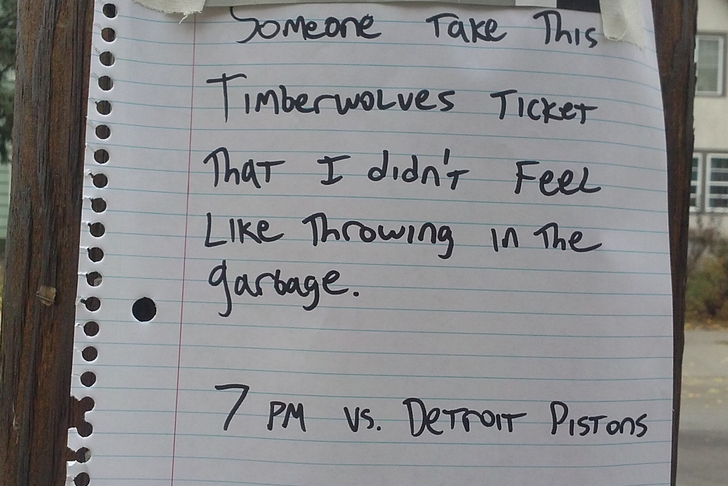 The Minnesota Timberwolves are starting another huge rebuilding project after trading All-Star forward Kevin Love, and their fans aren't happy about it.

Despite having the past two No. 1 picks (Andrew Wiggins and Anthony Bennett) on their team, fans are still trying to give away their tickets for tonight's home opener against the Detroit Pistons - for FREE.

Minnesota hasn't been to the playoffs since 2004 - the longest drought in the NBA - so it's hard to blame this fan for his lack of enthusiasm.

UPDATE: The ticket is still there four hours later. Apparently no one wants to go to the Target Center tonight.