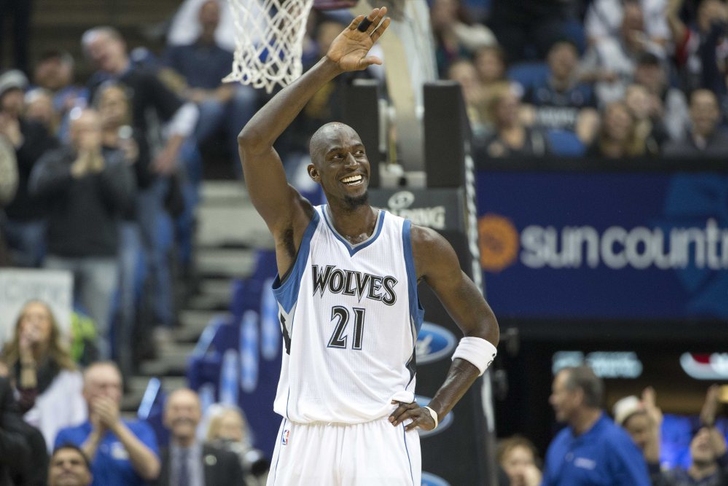 The Minnesota Timberwolves seem to have a fairly simple decision at the top of NBA Draft - draft either Kentucky center Karl-Anthony Towns or Duke center Jahlil Okafor - but that doesn't mean they aren't heavily scouting all of the top prospects.

According to NBC Sports, that includes having forward Kevin Garnett heavily involved in the process: