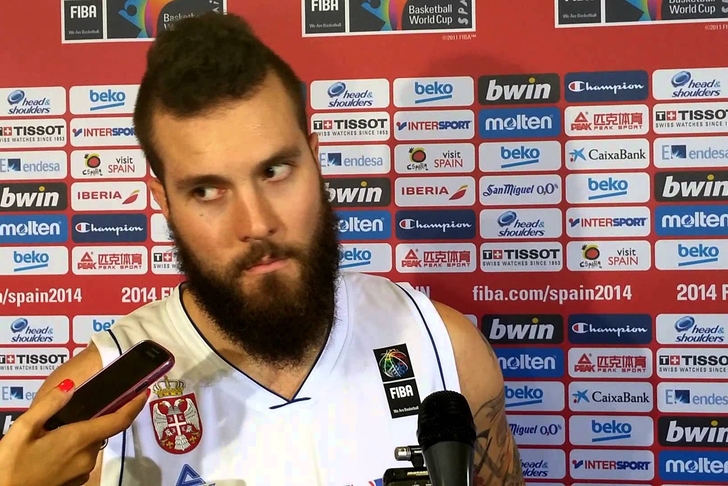 The Minnesota Timberwolves signed center Miroslav Radukjica to a ten-day contract on Thursday, filling a void in the team's frontcourt when it comes to big men behind Gorgui Dieng.

“Protection, for one,” coach Flip Saunders said when asked why he signed Raduljica, via Jerry Zgoda of the Star Tribune. “We see Gorgui down, rolling around [in pain during games], and we’re thinking if we lose him we don’t have any player taller than 6-7 on the roster. We needed more size, even with Pek coming back whenever he comes back.”

Saunders only signed Raduljica to a ten-day deal in order to ensure that a sprained ankle he suffered while playing in China this season is fully healed. If so, he will undoubtedly be retained by the team for the remainder of the 2014-15 NBA season.

Per Zgoda, "Saunders said Raduljica’s presence beyond his current 10-day contract would allow the Wolves to experiment more with Dieng at power forward once [Nikola] Pekovic returns."

Pekovic has played just nine game this year, but could return next week from an ankle injury.