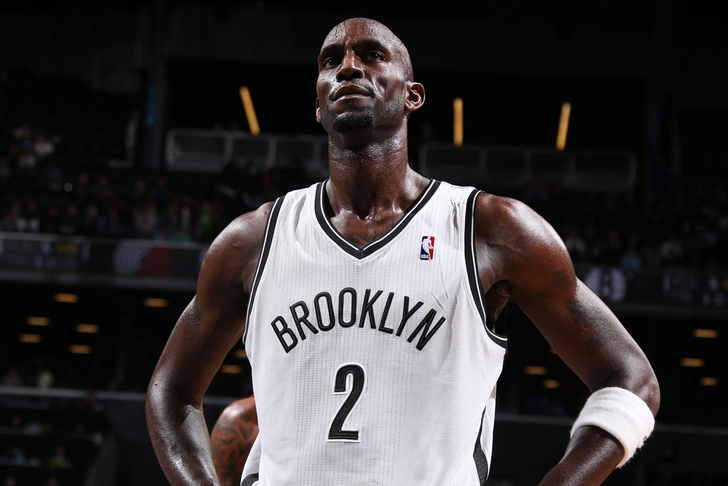 When Brooklyn Nets forward Kevin Garnett ends his basketball career, he's interested in becoming an owner of the Minnesota Timberwolves, according to Yahoo Sports.

"I want to buy the Timberwolves. Put a group together and perhaps some day try to buy the team. That's what I want," Garnett said after the Nets lost to the Warriors last night.

Minnesota drafted Garnett out of high school with the 5th overall pick in the 1995 NBA Draft, and he spent the first 12 years of his career there. The Timberwolves made the playoffs in eight of those 12 seasons, and have not been back to the postseason since.

Garnett won the NBA title with the Boston Celtics in 2008, the year after he left Minnesota.

Timberwolves owner Glen Taylor said this offseason that he was looking to add a minority partner who would hold an option to buy him out as long they would keep the team in Minnesota.

The Timberwolves are valued at $430 million, according to Forbes. Garnett will have made $327 million during his playing career after this season, including hundreds of millions more from endorsement deals.

Garnett is averaging 8.0 ppg and 8.0 rpg in 23.0 minutes a game as the starting power forward for the 4-4 Brooklyn Nets so far this season.