4 Free Agents The Timberwolves Should Target This Offseason 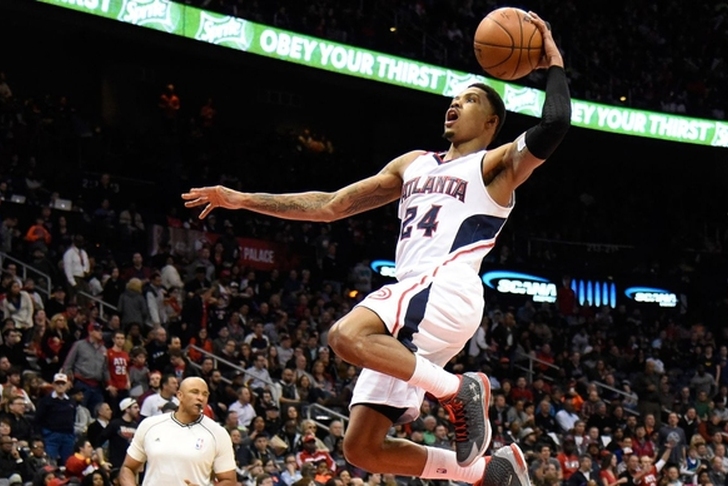 The season is over for the Minnesota Timberwolves, and they've already turned their attention toward the offseason. The T-Wolves have plenty of young talent and are looking for the piece or two to push them towards being a title contender. Minnesota should have enough cap space to go after at least a few free agents this offseason, if they so desire.

While the Timberwolves would love to land Kevin Durant, he's not a realistic target at this point. The Durants, LeBron James and Dwyane Wades of free agency aren't appearing on this list because the Timberwolves simply aren't going to be able to land them. We're also ignoring the Wolves' own free agents and instead focusing on other team's players. With that in mind, here are 4 realistic free agent targets for the Timberwolves this offseason.

Jennings can score and shoot, something the Timberwolves need. He'd also be a much better backup point guard than Tyus Jones, who was inconsistent in his rookie year. He's not a great defender, but Tom Thibodeau will be able to hide him on defense. For more Timberwolves coverage, download the Chat Sports App!

Fournier can be a 3-D wing, something the Timberwolves don't really have at the moment. He'd be the team's best shooter right away, and the Timberwolves are one of several teams that would love to land the restricted free agent. However, the Magic might end up matching any deal for him.

Bazemore has become a totally different player in Atlanta since he moved to the Eastern Conference, developing into a true 3-and-D player. That's exactly what the Timberwolves need, and Bazemore shouldn't be a max player. The Wolves lack depth on the wing and Bazemore would be a great fit for their offense and defense. He might have to come off the bench, something he'd likely prefer not to do.

The T-Wolves have Karl-Anthony Towns as the present and future at center, but could use some more depth. Noah isn't the same player he once was, but knowledge of Thibodeau's schemes would be a big help. While Kevin Garnett is still the resident veteran on the roster, Noah would be more helpful in actual game situations. Towns has the ability to stretch the floor if needed, so he and Noah would be able to play on the court at the same time.