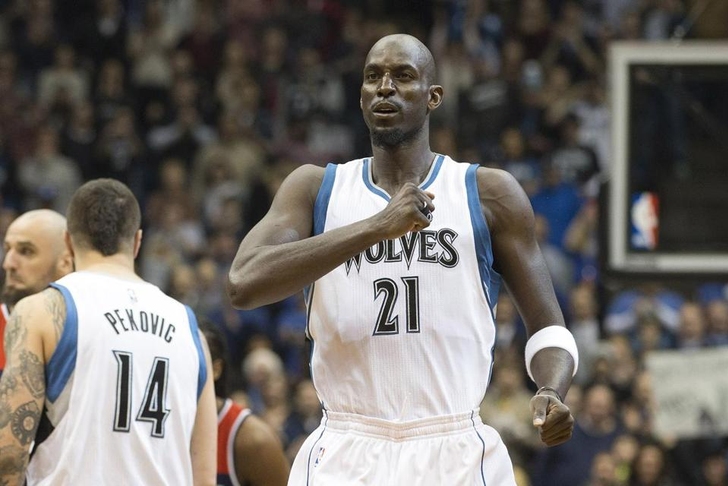 The Minnesota Timberwolves remained quiet during the free agency period, but it still taught us a lot about this team. Here are three things we learned about the T-Wolves this summer:

Minnesota had the cap space to bring in some veteran free agents, but they instead elected to give playing time to all of their young players. Andrew Wiggins, Zach LaVine, Karl-Anthony Towns, and Tyus Jones will all see major, major minutes right away this season. The Timberwolves are hoping this young core can learn from experience and develop quicker by being on the court, even if it means losses in the immediate future.

Kevin Garnett is the mentor/coach

Garnett decided to push off retirement one more season to remain on the roster, choosing to use his experience to help Minnesota's young talent - specifically Karl-Anthony Towns. Expect Garnett to take a reduced role on the court, but will be as present as ever off of it.