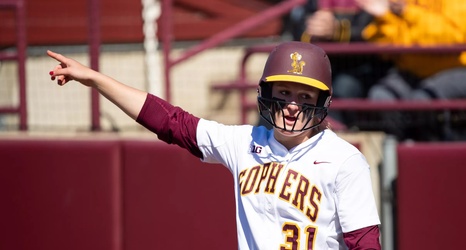 The Minnesota Golden Gophers softball team will play in its first home NCAA Tournament regional since 2014 and will look to advance to its second ever NCAA Super Regional this weekend. The Gophers will begin their double elimination regional Friday night at 8:30 against North Dakota State while Drake and Georgia will face off in the first game Friday at 6PM.