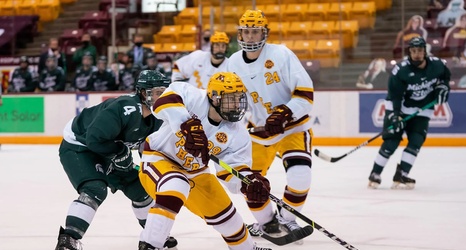 After an unscheduled one week delay, the Minnesota Gophers men’s hockey team will kick off the 2021-22 season this weekend with a home series against the Mercyhurst Lakers. Minnesota will look to being a season that they hope will end in Boston for the Frozen Four in April. It kicks off with a non-conference series that Minnesota in theory should have no trouble sweeping, but in the opening game of the season, you never know what might happen.

Minnesota brings back the vast majority of a NCAA tournament team from a year ago that appear as though they could be one of the best in the nation this season.