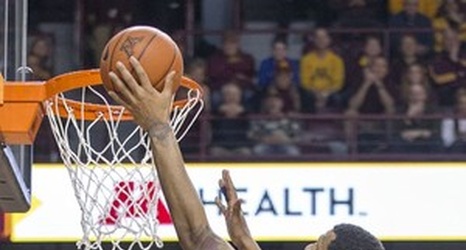 As is well known, the Gophers have not had a single player drafted since Kris Humphries. Nonetheless, there are multiple ways to make a NBA roster. One potential avenue is a strong summer league campaign. The League has three summer leagues in Orlando, Utah, and Las Vegas. This year, both Austin Hollins and Mo Walker are playing on teams.

Hollins will play for the Brooklyn Nets, not terribly surprising since his father is the Nets's head coach. So far, Hollins has put up marginal statistics.