Minnesota Football vs. Iowa: The Elite, The Meh & The Ugly 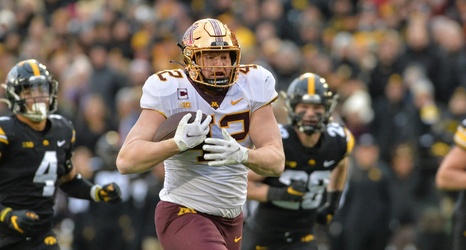 Stop me if you’ve heard this before: The Minnesota Golden Gophers lost to the Iowa Hawkeyes. But hey, at least P.J. Fleck is getting paid $5 million to lose to Iowa now.

The Gophers’ ground game. Against a Top 10 rushing defense that came into the game allowing an average of 98.6 rushing yards per game, Minnesota gashed the Hawkeyes on the ground. Ky Thomas and Mar’Keise Irving combined for 206 rushing yards, though neither of them was able to reach the end zone. The offensive game plan incorporated a toss play that we haven’t seen all season from the Gophers, and Iowa defenders struggled to shed blocks and make tackles in space.